The Creative Spotlight is the place to keep up with some of the world’s best musical artists. Here you’ll rediscover national recording artists, unearth unsigned indie artists and find all things music-related, including new releases, in-depth reviews, the latest music festival news and inspiring posts covering a diverse array of musical genres. 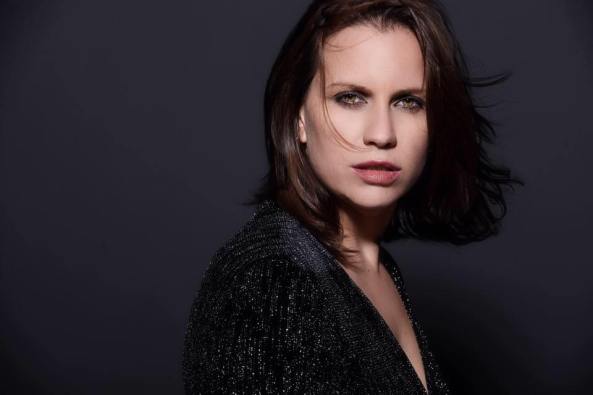 London-based singer, songwriter and musician Danielle Morgan is making a big impact in the UK and internationally, sharing her music, performed with great passion and attitude. Those who have seen her “live” write and talk about how they are uplifted by Danielle’s universal themes and original melodies, delivered with real power and honest emotion, supported by her amazing band. 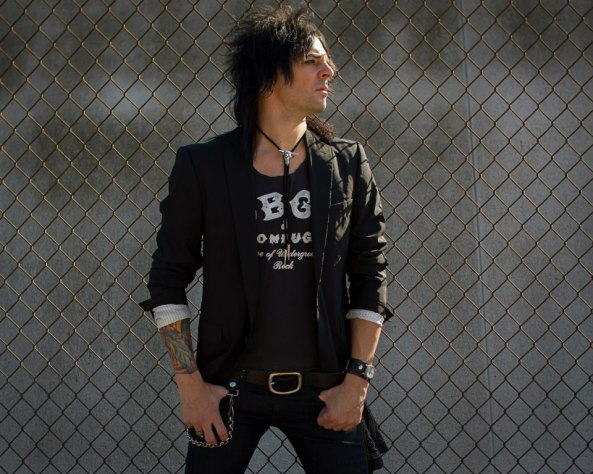 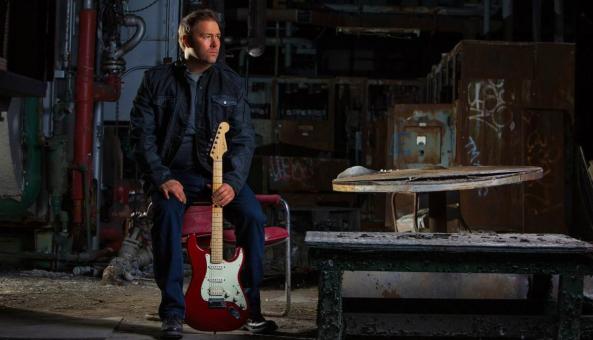 Sean Austin is a singer-songwriter, published author, paranormal investigator and demonologist. Currently, Sean is starring on the Travel Channel’s new paranormal show called Ghost Loop. Previously, he also starred on the Destination America Network (Discovery Channel) pilot series The Demon Files with retired NYPD police officer-turned-demonologist, Ralph Sarchie, upon whom the movie Deliver Us from Evil was based. 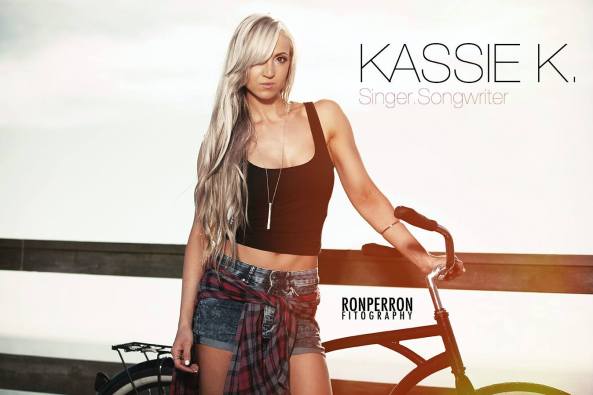 Kassie K. is a Canadian-born singer-songwriter from a small city an hour outside of Vancouver, British Columbia, Canada. Kassie who first gained music recognition for her fitness parody “All About Those Gains,” has since attracted fans from across the globe with her vast vocal variability as well as her exceptional lyrical talent. This pop music sensation, who recently signed with Mi5 Recordings, continues to record covers for her fans on social platforms such as Instagram, YouTube and Facebook; but her main focus nowadays is working on her original work – something not unfamiliar to the young artist.

The Nashville-based band Lola Montez, led by frontwoman Inga Rudin, has only been together for a short time, but they have certainly developed a unique top-notch sound and style that is truly different from what currently permeates today’s airwaves and music charts. The origins of the band can be traced to casual encounters and coincidences over several years within Nashville’s burgeoning music scene. What was once friendly acquaintances pursuing separate projects eventually became fiercely committed bandmates sharing in the thrill of musical co-creation. 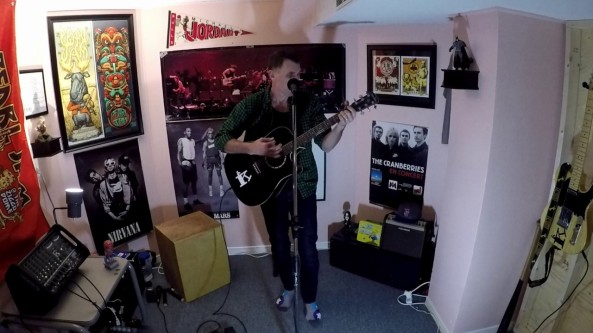 Jean-Francois Perotin (a.k.a. The Rockin Krolik) is a french born Canadian singer-songwriter. The Rockin Krolik writes and sings wearing his heart on his sleeve finding inspiration in everyday life, relationships, nature, society and last but not least…us, the people of the world! In a roundabout way, The Rockin Krolik’s debut album All About The Journey (released June 2019) is an introduction. The release features a selection of 10 songs written over the last 20 years proving that it’s never too late to fulfill a dream.

Michelle Leigh touted as “The New Queen of Southern Rock” hails from Bakersville, North Carolina. Edgy and honest, Ms. Leigh’s songwriting style amplifies real-life situations, real-life problems and real-life solutions. Her music says out loud what everyone else is already thinking. Her country rock sound has been described as Sugarland soaked in Janis Joplin and Tina Turner overtones, with a healthy mix of Dolly for inspiration. Her smoky vocals and driving rhythms, will break your heart with a ballad, and then heal it with a hard shot of whiskey.

Jessie G. hails from the small coastal town of Brookings, Oregon. Jessie’s heritage spans across four generations of commercial fishermen and she is no exception. The oldest of three, Jessie grew up in a tightly knit, labor intensive, feast or famine community where the women work right alongside the men. In the summer of 2013, Jessie entered a “Battle Of The Bands” contest where she won the opening slot to perform before Grammy award-winning country music artist Gretchen Wilson.

In the 1990’s, Steve Harris was the singer of the popular Dallas, Texas-based Cold Ethyl but like so many other great bands during the same time frame their future was cut short by the emerging Seattle grunge wave. Steve was named as one of the many singers being considered to replace the departed Scott Weiland in the hard rock supergroup Velvet Revolver. However, he returned to his roots to focus solely on Hillbilly Vegas.

Travis Clark: We The Kings

We The Kings is a melodic emo-pop band from Bradenton, Florida. Friends since childhood, the original four bandmates consisting of singer and guitarist Travis Clark, guitarist Hunter Thomsen, his bassist brother Drew Thomsen, and drummer Danny Duncan formed We The Kings while attending high school. They adapted their band name from the middle school that all the members attended called Martha B. King Middle School.

Daniel Mason was born in Paris, Kentucky to a small impoverished family. Daniel emerged and matured his God given talent in the local church. Raised by a Mother that influenced him with musical artists ranging from Marvin Gaye, Michael McDonald, and Hall & Oates to Michael Jackson. In 2008, he moved to Nashville, Tennessee to establish himself as a Singer/Songwriter. He currently is out in support of his long-awaited debut solo album.

Canadian country singer-songwriter Rod Black is no stranger to the country music scene. Rod was born in Langley British Columbia with country music in his veins. He grew up listening to classic country stars such as Johnny Cash, Willie Nelson and Waylon Jennings as well as Southern Rock pioneers Lynyrd Skynyrd. In 2014, Black launched a solo career with the release of his initial single “Keepin’ On” which made the top 20 on the Canadian country billboards.

Roxy Dora Petrucci, the Michigan born native drummer, first burst onto the international music scene as a member of Madam X, a metal band that she co-founded with her vocalist sister, Maxine. After leaving Madam X, Roxy joined Vixen, a glam hard rock band formed in St. Paul, Minnesota. In 1986, Roxy finally found the commercial success she’d always desired. Singles like “Cryin’”, “Edge of a Broken Heart”, and “How Much Love” hit pay dirt on MTV plus rock and pop radio.

Hard-hitting rock, heavy breakdowns, and an energetic live performance that never stops entertaining the crowd appropriately describes Zeb Christensen’s Omaha Nebraska-based band named Screaming For Silence. Over the last three years, they have toured nationally and played over four hundred live shows from coast to coast. With that, his band has continually captivated audiences across the nation, gaining new fans during each show at every stop. 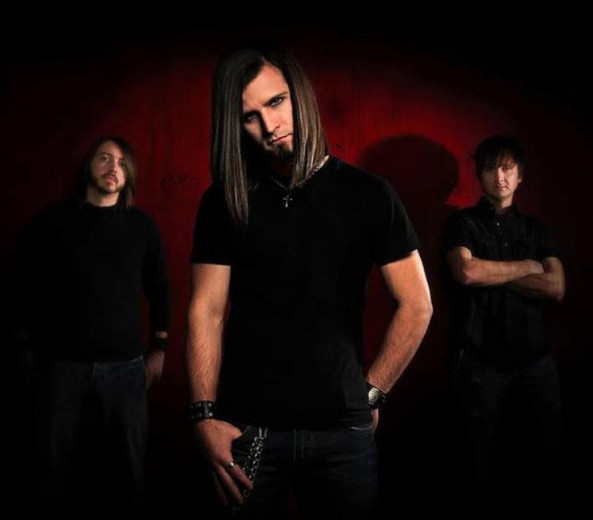 In 2006, the band Ages Apart came together to write and produce music that they felt people needed to hear. They wanted to impact and change a culture held captive by stagnant radio recycled pop sounds and bring to the world music with substance and depth, where not all band’s sound and look the same. With that, Ages Apart balanced beauty and aggression on their critically acclaimed 2009 debut release Can You Hear Me.

In 1974, legendary singer/songwriter/musician Peter Beckett, a Liverpool, England native, came to America to join an international group of writer/musicians called Skyband and recorded an album for RCA Records. Unfortunately Skyband was short-lived, but during a glitzy Hollywood party he met singer/guitarist J.C. Crowley. A short time later, Peter formed Player along with Crowley, bassist Ronn Moss, and drummer John Friesen.

Everything Falls burst onto the Washington D.C. metro rock scene in early 2012, touring for their debut EP Fight From Within. Fast-forward to the summer of 2015, and Everything Falls is set to release their sophomore EP Through The Storm. The new album is a collection of songs that front man Aaron Linkous wrote while touring in 2012 and in the years after while the band was relocating from Washington D.C. to northern New Jersey.

Singer-songwriter Karen Mansfield, long considered a mainstay of the legendary Asbury Park, New Jersey music scene, is best known for her enticing onstage presence and mesmerizing contralto vocal range. Mansfield, who began her career as the frontperson in the 80’s all-girl punk band known as the Bleeding Knees, has been described as highly melodic and enchantingly haunting. 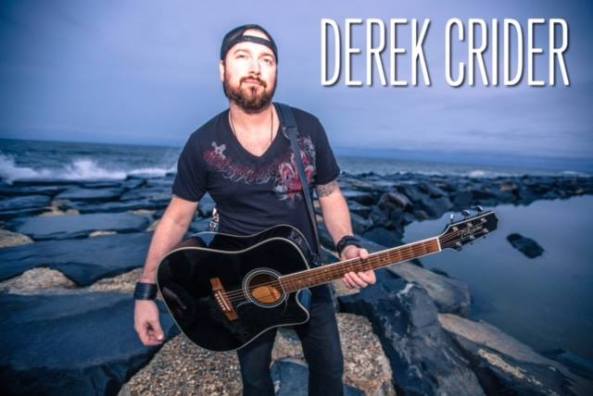 Derek Crider was born and raised in what he describes as the “backwoods” of southern New Jersey. While growing up Derek was introduced to a variety of musical genres. His mother listened to Elvis, Motown, and the oldies. His father exposed him to a wider range of artists including Black Sabbath, Led Zeppelin, Ronnie Milsap, Johnny Cash, Waylon Jennings, Willie Nelson, and Merle Haggard.

Victoria Watts was born and raised in San Diego, California. Coming from a musical family, Victoria had a love for music right from the very beginning and wasted no time developing her musical passions. She began playing guitar at age twelve and started writing her own music shortly after. Victoria has since played in various venues on guitar, bass, drums, keyboards, and vocals both as a solo performer and in bands of varying genres.

For the last 2 years, Scarletta has been a Nashville mainstay working with Grammy Award-winning producer Blake Chancey. Their first single to country radio, “Right Here Right Now,” reached number 28 on the Music Row Radio Chart. The band is coming off an amazing 2013 in which the trio was the “Spotlight on the 615” artist of the week for the week of January 9th on Billboard.com and was honored to be chosen as a Billboard Magazine “615 Top 10 Artists to Watch.”

New Day Dawn is an American rock band whose music is “anthemic…with big, bold choruses.” This is due, in part, to the band’s recent work with platinum-selling songwriter & guitarist Chris Henderson (3 Doors Down), and John Moyer (Disturbed, Adrenaline Mob) who each produced tracks on their EP release entitled Rise Above This. But this is mostly due to front lady, Dawn Botti’s belief of doing “whatever it takes” to follow one’s dreams.

Draw The Line, the Aerosmith Tribute Band, hails from the city that boasts the Red Sox, the New England Patriots, and the Celtics as well as musical groups such as Boston, The Cars, Godsmack, and of course Aerosmith. With over 2,000 performances in over 100 cities Draw The Line, together as an Aersomith tribute band for more than twenty years, has performed in all but two U.S. states including shows.

Chris LeGrand is the executive producer and cast member in the role of Mick Jagger for Satisfaction: The International Rolling Stones Show, a touring tribute to the World’s Greatest Rock & Roll Band. Chris founded this Billboard & Pollstar listed show in 2001 with the goal of producing the first touring tribute show in honor of the legendary Rolling Stones.

kRUSH: A Tribute To Rush 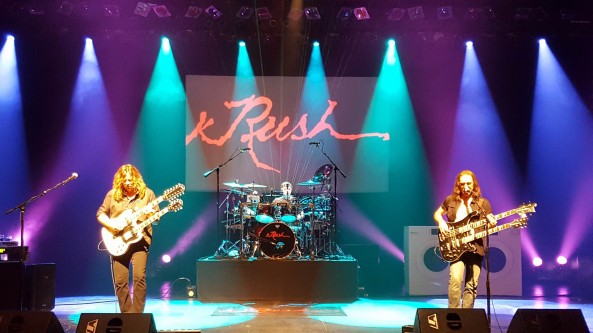 kRUSH, consisting of three seasoned musicians featuring Ken Gildea, Andy Logue, and Bill Murphy, pays homage to legendary Canadian rockers Rush, the 2013 Hall of Fame inductees. With close to 100 years of combined playing experience, kRUSH brings the expert musicianship, the vocal range, the passion, and the precision of Rush to every stage performance.

Chillin’ with Charlie is a high energy female fronted, rock cover band that plays primarily in the Delaware, southeastern Pennsylvania, northeastern Maryland, and New Jersey areas. Essentially, if it rocks hard, Chillin’ with Charlie wants to play it LOUD! Their playlist consists of everything from Aretha Franklin to Halestorm, from Katy Perry to ZZ Top… and everything in the middle… even a little Johnny Cash!

It’s a fair statement to say that the quintet who comprise the band Almshouse have a seemingly insatiable appetite for making music. Almshouse led by guitarist Troy Schoenmeier and bassist Ken Belli, both founding members of the popular Bucks County, Pennsylvania-based original rockers The SOBs, combines an intelligent guitar-driven blues oriented sound with solid classic rock-n-roll.