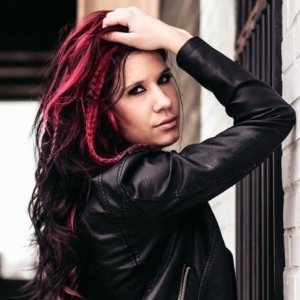 Jessie Goergen (a.k.a. Jessie G.) hails from the small coastal town of Brookings, Oregon. Jessie’s heritage spans across four generations of commercial fishermen and she is no exception. The oldest of three, Jessie grew up in a tightly knit, labor intensive, feast or famine community where the women work right alongside the men.

As a youngster, Jessie spent much of her childhood tagging alongside her father on the docks or aboard the hand-built family boat searching for Dungeness crab and albacore tuna and selling their catch at the market. Fishing wasn’t just to pay the bills; fishing was a way of life and Jessie’s early means to support her true passion—to become a performing artist.

In high school, she started her first rock band and quickly learned what it was like to be paid to play!  Her open eyes, love of music and determination to succeed earned Jessie a scholarship to attend Linfield College in Oregon where she graduated with a bachelor’s degree in both Political Science and The Fine Arts.

In the summer of 2013, Jessie entered a “Battle of The Bands” contest where she won the opening slot to perform before Grammy award-winning country music artist Gretchen Wilson. It was after that once-in-a-lifetime chance that the young, aspiring singer and hit-recording artist “clicked” naturally to form a magical working relationship and kinship.

The newfound friendship later moved Jessie to make the bold decision to follow her dreams in Music City. Gretchen has since signed Jessie to Redneck Records and the two have been hard at work not only on her studio album, but on their upcoming summer tour where Jessie will be featured during Gretchen’s performance.

In this edition of The Creative Spotlight, I had the pleasure of interviewing Jessie G. and asking her a few questions about her musical influences, her songwriting and recording process, her new smash hit single “Army Ranger” and her short and long-term future plans.

The Creative Spotlight: At what age did you first realize that you wanted to be a musician and what was the first instrument that you learned how to play?

Jessie G.: I started singing when I was in diapers! I used to send out little notes and call family members around my hometown inviting them to attend a talent show I was hosting in my living room. Once they arrived, I made them sit on our couch and watch me sing and dance.

At a young age, I took piano lessons but quit. Later, I was thankful for the training I received, especially since Linfield College in Oregon required students to be proficient in piano to Graduate with a Bachelor of the Arts in Music. Now, I only play instruments if I’m writing by myself otherwise, I leave it to the professionals.

TCS: Could you tell us in your own words how you would describe your overall sound and musical genre? And, what famous musical artists and/or bands were among your early influences and describe for us how they impacted and/or shaped your musical style?

JG: It’s actually hard to describe my overall sound and musical genre especially since it is so heavily influenced by all the varied music I listened to when I grew up. It’s definitely country with the lyric style but it is very rock influenced with the melodies and instrumentation. Sometimes people say they hear punk and hard rock influences in my music too. That makes a lot of sense to me since my dad blasted Aerosmith and Metallica during my entire childhood. My mom balanced it out with Dixie Chicks, Trisha Yearwood and Shania Twain! I’ll just say Country Rock is the genre!

TCS: For the benefit of those who may not be too familiar with Jessie G. or your musical career, please describe for us how you started out from a small coastal town in Brookings, Oregon and eventually ended up being a lead singer?

JG: I was born and raised in a commercial fishing family. We have been farming the seas for 4 generations. With this hard feast or famine lifestyle, I learned at an early age what it meant to work hard. I also learned the skill of being able to live as a self-employed entrepreneur. I grew up competing in all of the local fairs, talent shows and country showdowns that my county and state had to offer. In these competitions, I regularly won first place which encouraged me to keep pursuing a musical career path. Equally, I received a college scholarship for vocal performance and continued to hone my craft. In my heart, I knew that God gave me this gift to share with the world and I knew I would never completely give it up, but I never considered it as my primary career until I met Grammy award-winning Gretchen Wilson. She helped make my dream of becoming a performing artist a reality. 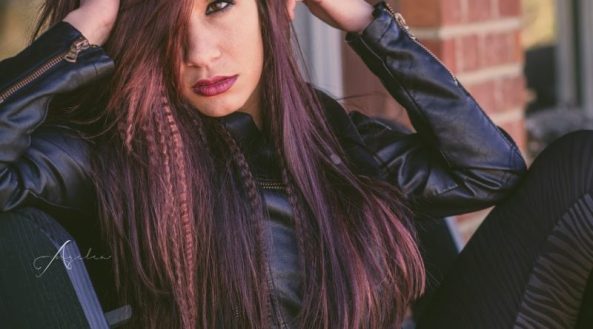 TCS: Jessie, could you tell us a little bit about your experience competing in the “Battle of the Bands” and how that led to your being discovered by Gretchen Wilson?

JG: When I heard that legendary country recording artist Gretchen Wilson was coming to town and there was a chance to open up for her, I literally JUMPED at the opportunity. She was the only relevant female performer in the country and rock scene that truly inspired me. I grew up singing her songs in the competitions I mentioned. I always loved her sound and style. By listening to her music, I could tell she was a true badass. So, I entered into the “Battle of the Bands” and earned the opportunity to open for her! When the time came to meet her after our show, I was honest and real with her. I asked her what I needed to do in order to get to where she is today. Meeting her was truly a career changing moment.

TCS: How excited are you about the release of your brand-new single “Army Ranger” co-written with Melanie Meriney and Michael August?

JG.: To say I am excited is an understatement. This is definitely the proudest I’ve ever been about my music!

TCS: Can you share some of the background on the filming of the official music video for “Army Ranger”?

JG: At the time, we had a small budget and limited resources so my friends, who are all active service members, agreed to gather their gear and uniforms. They even agreed to take part in my video too! I was also convinced to have my real-life boyfriend, who currently serves in the Army, play a part in the recording. We share a steamy kiss at the end. It’s pretty amazing to have people I love be a part of the production.

TCS: Personally, one of my favorite tracks off your new album is a song called “Drop A Line” which was co-written alongside Joshua Withenshaw and Davis Branch, and produced by Grammy-award winning entertainer Gretchen Wilson. Can you share with us some of the background behind you’re hit?

JG: The track, “Drop A Line” is definitely one of my favorites too. I wanted to include a fishing song because of my family lineage with commercial fishing, but I also wanted it to be clever. So, we decided to create a scene of fishing and fishing words with the double entendre of love.

TCS: I can’t imagine what it felt like to walk out on stage to perform for the very first time. Could you tell us about the experience and how it compares to your performances today?

JG: At first you have to work through many things. Stage fright. Not choking. It took me years to get to a place where I could be fully present on stage. It took a long time to be comfortable enough in my stage presence and to be able to improve speaking to my audience. I’ve definitely come a LONG way since the beginning.

TCS: Tell us about the background story behind your performance of “You Lit a Fire” at the BULL Sessions in the Bloodworks Live Studio?

JG: I wrote “You Lit A Fire” a while ago with Davis Branch and Matt Hundley. That song is a very conversational and vulnerable song. The Bloodworks Studio version is one of the first recorded performances released so far. I was so emotional singing it that day. I can’t wait until we release it on the record.

TCS: Could you tell us where some of the coolest and strangest places that you played during the course of your career and what you learned from the experiences?

JG: The coolest place would be in an Apache Helicopter Hanger. The strangest or weirdest place but a ton of fun, was someone’s backyard. I’ve learned that if you play for 2 people or 20,000 people you still have to bring your 100% every time.

TCS: What is the inspiration behind “Cardiac Arrest?” It’s a great song.

TCS: How do you market your songs, albums, merchandise and appearances?

JG: To stay connected, please join us on the following:

TCS: If you weren’t in music industry what would you see yourself doing instead?

JG: Prior to getting my big opportunity with music, I was going to practice law. I don’t know where life would’ve taken me but I’m really happy that it took me here!

TCS: What does the short and long-term future look like for Jessie G.?

JG: Touring, touring and more touring! When you are a new artist, you simply can’t rest! The fishing industry is closely related to the music industry; working on a fishing boat (just like the music industry) toughens you up. You can’t be sensitive or expect a big payday; you have to dive in, go 100%. The harder you work, the more likely it is for a greater pay off. I’ve been doing this since I was 12.